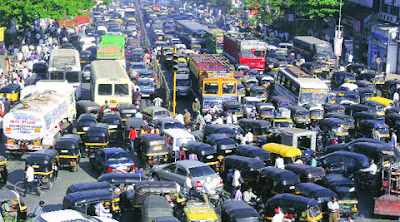 One of the big problems today faced by metro cities like Delhi, Mumbai should be dealt with forthright. Else, it will be too late. Traffic and its wild growth constitutes one of the biggest problems for these cities primarily, though it is present in other major cities of the country as well.

It’s is a big pain in peoples’ life today, especially for working population. People are always in a fear of getting stuck in traffic and not reaching the required place on time. Even in an emergency one is unable to reach at the right place just because of the traffic.

Today, I am going to discuss the causes of traffic in Mumbai and possible solutions to this problem.
There are many causes for traffic like: 1- Lack of driving sense, 2- people breaking traffic rules/signals without fear, 3- unstructured roads for big vehicles, 4- Bribing, 5-Inefficient traffic Police

Few People with good financial status are least bothered about the traffic rules or signals; they break rules and have no fear to face the traffic police as they have other solution to come out of it is  not so nice but it works, bribe.

Breaking traffic rules is not only the cause but the lack of driving sense among people is one more concern, especially rickshaw drivers. People with two wheelers are always in a hurry to reach location their location as if they are the only ones who are most time conscious.
Unstructured roads, where even big vehicles are also allowed, create a mess on the road. Even when the traffic can be manageable; it gets worse because of our not so efficient police. They are rarely available whenever needed most.

Traffic leads to one more problem which is really dangerous to our health is the Pollution. The fumes and the dangerous gasses are playing havoc with the heath of people, especially children and frail adults.

However, there are a few causes which can be under our control. 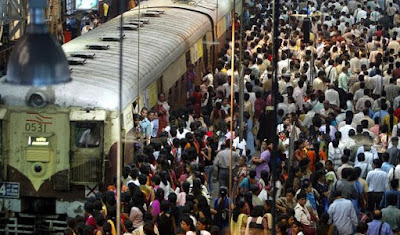 Today in Mumbai, more than 76 Lakhs people travel by local trains every day. We can hardly imagine the condition of Mumbai and traffic if local trains would have not been the lifeline of Mumbai.


As Mumbai is having a good advantage of local trains, they are somehow pulling on. But everyday there are a number of deaths due to one reason or the other. Now, people have one more option, of using cabs or pool cabs rather than taking out their own vehicles. Today, OLA or Uber and many other cab services are easily available, just a click away on your phone. And in Ola or Uber they have started Pool cabs also, which is one step ahead in reducing pollution and traffic. For example, If four people take their own cars on the road for office, it will cause far more traffic than four people travelling in a pool cab. Surely, it would help mitigating the  problems of pollution and traffic. 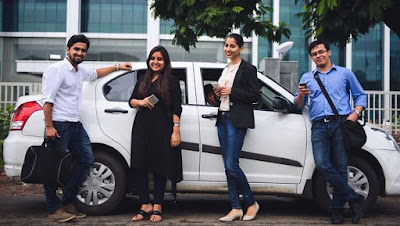 Other solution can be same as what Delhi has started following. Odd and even concept which definitely helps to control traffic and pollution.

Many organizations in Mumbai can also contribute in controlling the traffic by changing their office timing by department wise. So, when all people will not have to leave their home at the same time, less number of people will come out on the road at a particular time. This will definitely help to control traffic.

But whatever solutions have been discussed above can only help when we are organized and disciplined. So until and unless we start following rules with proper driving sense, nothing is going to help to resolve this dire issue. For corruption also we are the ones who are encouraging these practices. So if we stop giving bribe to traffic police, then they are bound to be more efficient in their role. So, we have to first help ourselves and then we can help Mumbai to handle traffic issue.