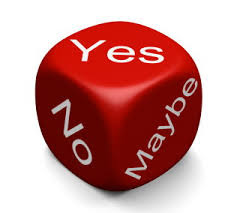 About 500 years ago Shakespeare wrote the tragic play- ‘Hamlet’. His tragedy emanates from major personality flaw- indecision. Indeed, the drama exaggerates the flaw and the hero suffers a disaster. This malady is, however, more wide spread in the current scenario. The acute competition & the rat race of the present times have made fear of rejection more prominent than ever before. The gin of fear is causing tremendous stress to most people. Four steps are listed below that will help mitigating the fear which is main cause of indecision.

1.      Always remember that ‘left to themselves things go from bad to worse’. This you must have experienced in life. So the very memory will wake you up from the slumber and you will try to find a solution to the pending problem. Surely, you will need to take decision about the action you need to take- sooner than later. Get yourself motivated to ward off the indecision, thus.


2.      Whenever their some important project, you may write down the problem in detail. Now, think about the possible solutions. Then note down the pros and cons in respect of each. This will help you to decide easier and faster. But never fear about wrong decisions. Some decisions go wrong for everyone. The more you start taking decisions, you will find that incidence of wrong decisions will reduce.


4.      And if you are a habitual procrastinator, you must at once say to yourself that your habit has let you down on earlier accessions. You have suffered earlier. Therefore, you would not like to repeat your past mistakes. Procrastination is a disease. It needs to be eradicated from life. Whatever is necessary; you must do to cure the deadly disease.


There could be some more causes which each of us should identify fo himself/herself and then work on these. But indecision should not be allowed to hinder your progress.

Shakespeare said that the world is a stage and we are all actors. It is true and will remain true. But today one can also say that the world is a market place and we are all salesman. We all try to sell something or the other. Sometimes it is a product, sometimes it is an idea and at another time it could be influencing people. But the element of selling is always there. Keeping this in view and realizing the importance of sales I am repeating the words of Mr. Neil Rackam -the creator of the Spin Selling Strategy.

What is Spin Selling Model?

Asking Questions that are important to the customer is what makes the SPIN model so powerful. Its questioning sequence taps directly into the psychology of the buying process. SPIN questions provide a road map for the seller, guiding the call through the steps of need development until Explicit Needs have been reached. And the more Explicit Needs you can you can obtain from buyers, the more likely the call is to succeed.

Here is an overview of the SPIN model. Successful sales people use the following sequence:

1. Initially, they ask Situation Questions to establish background facts. But they don’t ask too many, because Situational Questions can bore or irritate the buyer.

3. In smaller sales it could be appropriate to offer solutions at this point, but in successful larger sales the seller holds back and asks Implication Questions to make the Implied Needs larger and more urgent.

4. Then, once the buyer agrees that the problem is serious enough to justify action, successful sales people ask Need-payoff Questions to encourage the buyer to focus on solutions and to describe the benefits that the solution would bring.

On the whole, Need-payoff Questions are important because they focus attention on solutions, not problems. And they make customers tell you the benefits. Need-payoff questions are particularly powerful selling tools in the larger sale because they also increase the acceptability of your solution. Equally important, success in large sales depends upon internal selling by customers on your behalf, and Need-Payoff Questions are one of the best ways to rehearse the customer presenting your solutions convincingly to others.

Yet another enemy of happiness may have entered in the mind of some of us. This is greed. It keeps on growing unabated when not controlled. The end result invariably is a disaster. It can be greed for money, it can be greed for power or fame, respect, sex or even attention. Greed for food is also not uncommon. Greed has a tendency to grow faster when you achieve more. Unfortunately greedy people lose the perspective. If the human wanted more for happiness, it may be considered normal. But greed invariably makes you unhappy. In this case the desire is never controlled. In fact one can be rich without being greedy. Making more money should not be the objective. Enjoying what you have and of course aspiring for more can be a legitimate goal of successful people in a competitive world. But greed does not allow you to enjoy what you have. It only reinforces your anguish on what you don’t have. The great English Victorian explorer – Sir Richard Frances Britten once said: ‘conquer thyself till thou have has done this, thou art but a slave; for it is almost as well to be subjective to another’s appetite as to thine own. ‘ Shakespeare the great dramatist discussed these characteristics of human mind in great detail when he created the character of his play Macbeth by the same name. Hunger for more power keeps on increasing until Macbeth is pushed to the wall of disaster. How is it that his popularity as a dramatist has not faded out? The reason is his philosophy, the wisdom that we find in his plays and the energizing wit and humor of his comedy.   In fact, these transcend the limits of time and space. He has dealt with human emotions – anger, ambition, jealousy, credulity, indecision etc: these habits are found in the people even today.

In this post I propose to discuss his wisdom as is evident from the 3 pieces I have picked from 3 different plays.

Hamlet was a victim of indecision. Indecision was the bane of his life. Unfortunately today also we find many of us suffer from indecision. In the process we undergoavoidable mental agony. I give below the oft quoted words of Hamlet.

To be, or not to be: that is the question: whether’ it’s nobler in the mind to suffer the slings and arrows of outrageous fortune, or to take arms against a sea of troubles, and by opposing end them?

In sharp contrast are the following words taken from his play As You Like It.

And this our life, exempt from public haunt, finds tongues in trees, books in the running brooks, sermons in stones, and good in everything.

These words, I find, are even more relevant today than were in his own time. ‘Exempt from Public Haunt’- we are in dire need of getting a break and going to the nature from our daily hectic life. And the best place is back to the nature. We have lots of resorts by the sea side, on the scenic mountains, and similar places where we are away from ‘Public Haunt’. As Shakespeare says we can speak to the trees enjoy running brooks/trees and find all the goodness of the world in nature.

Finally I have picked up a very significant point from the tragedy- Macbeth. :

When our actions do not, our fears do make us traitors.

The philosophy of this word is as true today as at any time. Often we do not want to act as Williams yet due to our fears we are motivated to indulge. In many other plays to I find Shakespeare’s massage to imbibe courage in ones personality, speaks louder than words.

Thank you for reading.

Email ThisBlogThis!Share to TwitterShare to FacebookShare to Pinterest
Labels: Anger, As you like it, credulity, Emotions, Hamlet, Indecision, Jealousy, love of nature, Macbeth, Nature, Shakespear the Mannagement Guru, Shakespeare 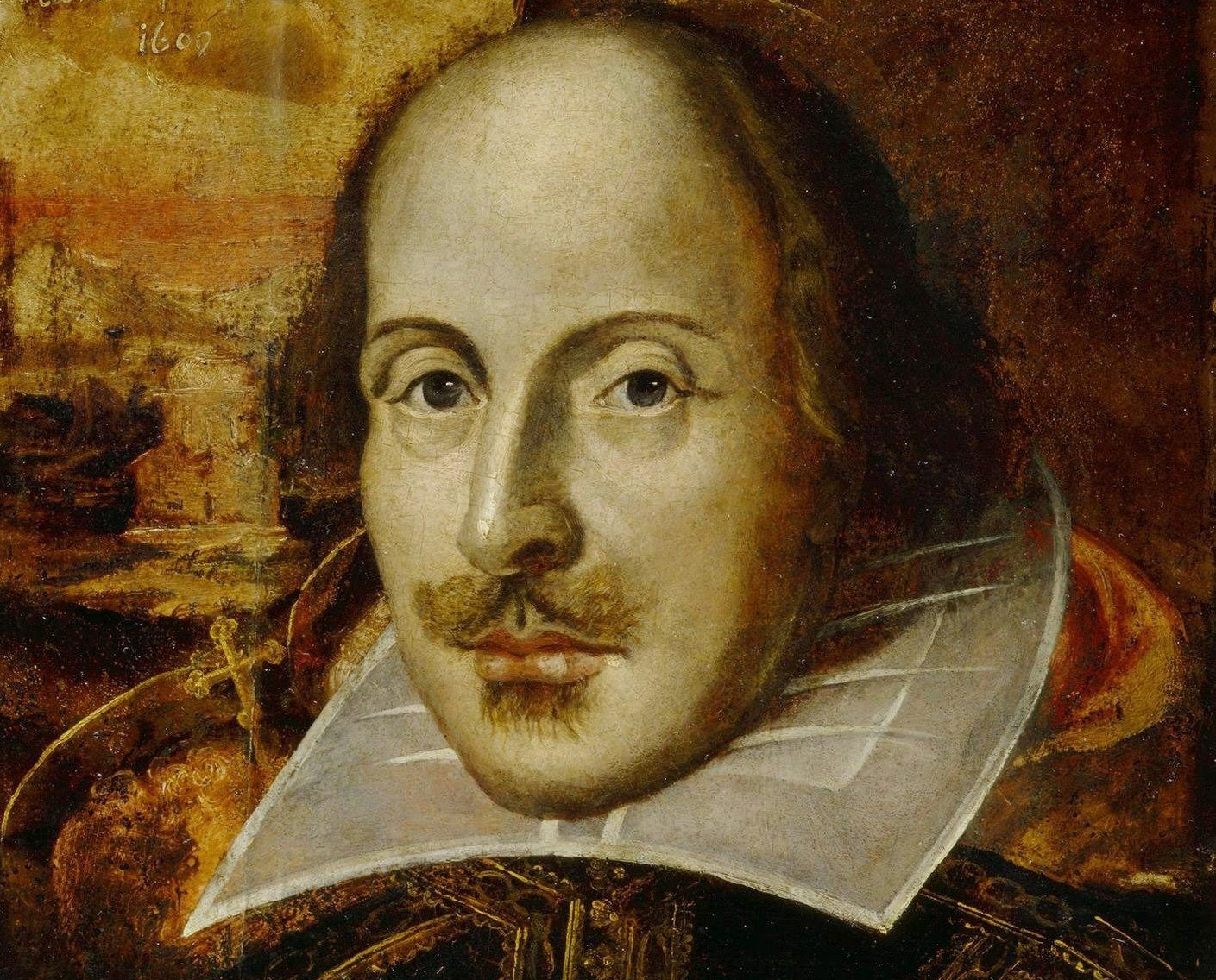 Traditionally, it is accepted that Shakespeare was born on 23rd April, 1564. He was the third child of a tanner, father of eight children. Shakespeare left a lasting legacy. Today, after nearly four centuries, people are so fond of his literature, that they think that Shakespeare is still living among us. His plays, his characters, his poetry, and his knowledge of the human mind – all transcend the limits of time and space. He died on the same date 23rd April 1616. Within his short life, he created poetry and plays the essence of which has influenced generations of writers throughout the world.
His spontaneity and the magical music of the sounds of the words cannot be described in words. It has to be experienced to understand what it is. The sheer intensity of his life and the strong desire to express himself resulted in the wonderful treasure that we have in the form of his poetry and plays. 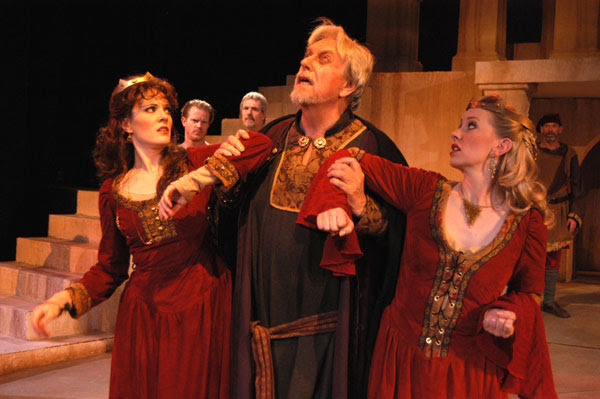 Shakespeare’s characters are real and life-like. His tragic heroes suffer from one major tragic flaw. For example, King Lear is credulous and gives in to the flattery of his two elder daughters. The youngest daughter who truly loved him would use no such flowery words and got nothing out of his kingdom and his wealth. In the play, King Lear has to suffer for the rest of his life due to the one tragic flaw of being credulous and prone to flattery. How many of us continue to suffer even today. 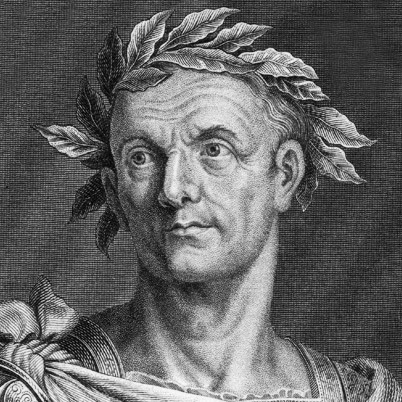 Julius Caesar on the other hand was extremely ambitious. Thus, it was the tragic flaw of ambition that led other senators to murder him. Even today, there are people like Shakespeare whose unbridled ambition causes them to suffer from this tragic flaw.
Extreme hunger for Power saw the end of Macbeth. In fact, each of Shakespeare’s tragedies ends in a nemesis that gives an inspiration to all of us to improve and develop and grow. Because left to themselves, things can only go from bad to worse. 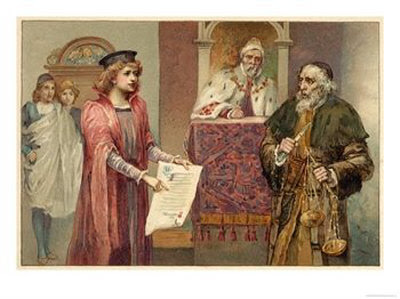 The Merchant of Venice by William Shakespeare

His play ‘ The Merchant of Venice’ leaves a harsh message for extremely harsh negotiators. Demands must draw their own limits. So, negotiators must look for win-win situations, rather than facing flak in the end.
More on this great man and the lessons to be learnt in my next posting.