Humour, thy name is Happiness 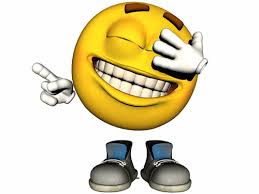 Humour is the quality of being amusing by trying to find something interesting in almost any situation. A good sense of Humour keeps a person lively, free from stress and thus is a great asset. When a person says to someone “I am warning you to not mess up with me as I know Karate, Kung Fu, Judo, Daimoku, Jutsu” etc. and similarly names 28 other dangerous words. The time when a person reads these words, one cannot imagine that ultimately that person is saying he only knows words and nothing else. This makes you smile and that is humour.
Life is short thus one should always smile.

When a person thinks that he needs glasses at his age and if wine glasses are shown in a picture in place of wearing glasses it makes that person smile.

To that extent, humour should give some surprise by either pun of words or in any other manner so that the surprise achieved is a pleasant one but without sarcasm.

Someone who is fond of vacation might say I need a 6 month vacation twice a year. Now, this is absurd but still it makes one smile.

It is said that humour is by far the most significant activity of the Human Brain. Never mistake a person’s silence for weakness. No one plans a murder out loud.

As said by Osho “If you find a saint who has no sense of humour then he is not a saint at all.” Humour is indeed a great asset.

There is another saying which goes as “A sense of Humour makes a man handsome and a girl beautiful.”

If one is serious and says. “A recent survey has found that one in three men is just as stupid as the other two.” Again, absurdity makes you smile.
The great leaders and the famous people throughout the world have also expressed humour in different ways.

Abraham Lincoln said “I destroy my enemy when I make him my friend”.

Albert Einstein said “Two things are infinite; the Universe and the Human stupidity and I am not so sure about the Universe.”

Author Francis Bacon said “There are two ways of spreading light: To be the Candle or the mirror that reflects it.”

Sometimes there are just wise sayings and only expressed humorously.
Humour is also about right thing, and needs to be having right words at the right place.
It has to be well-timed too.

Someone said “Failure is the opportunity to begin again more intelligently”.
It is said that “Common sense is like deodorant and the people who need it the most never use it”.

Whenever there is a surprise or if you are comparing two things which don’t justify the comparison it makes you smile and that is Humour.

“Forgive and forget; I am neither Jesus nor do I have Alzheimer’s disease.”

Charlie Chaplin once said “A day without laughter is a day wasted”.

When it comes to why humour should be used, Lincoln said “If you are in a situation wherein important and controversial ideas must be presented to less than open minds, humour allows those ideas to be presented in a non-threatening manner”.

Abraham Lincoln was famous for his ability to relate humorous stories. And so was Albert Einstein who said “A person who never makes a mistake, never tried anything new”.
Find humour in everything and you will live without worry and die without worry.