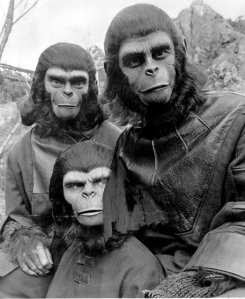 It is a common knowledge that we in India have started aping the west some of the more forward ones young as well as old take pride in dating.  The concept of one night stand has also found its route and is moving forward in the West.

Elders bemoan that youngesters are forgetting our original values.  I am reminded off what Mahatma Gandhi had said at the time of Independence.  "Desh to apna ho gaya lakin log paraye ho gaye".  While we have become an Independent nation our people have become dependents - dependent on the ways.  It may not have been true at that time but when we look around the environment today one feels that foolishly we are aping the West.  We want to the kind of parties that have been happening for decades in the West youngsters like their clothes to be modeled on the latest Western fashion.  We eat pizzas instead of poori aloo,  young ones like pepsi more than lassi and so on....In Mumbai Bhel puri was known as a common mans delicacies,  its popularity was among many other cities but now the Chinese foodies have cropped up and Chinese Bhel 'is gaining ground'.

There is a lot to learn from every civilization,  unfortunately what we don't learn is the civic sense and cleanliness of the West,  and doggite determination and hard work of the Chinese.

Its distressing to find that nouve rich while stopping and the signals open the door of the car and spit out,  little realizing the the roads belong to the nation. The local trains are disfigured with various posters.  The process of cleaning the compartments we are told has become very expensive in view of the highly effective glue,  besides littering the tracks with wrappers banana peels etc.... creating a nuisance for the railway authorities.  They have to spend a lot of money try to keep the tracks clean. We don't stand in qu pushing even elderly.  we have become totally insensitive out of sheer selfishness,  honking is rampant even when not required.  We don't observe the lane driving.  We have become a nation of only I Me and Mine....By and large we are never on time and blame the traffic when late for appointments.  There is a lot more to be said and a lot more to be thought off.

Let NGOs take up civic sense and cleanliness as their prime project which will surely will be good for the new generation.
at May 02, 2013 No comments: