Showing posts with the label Gabbar
Show All 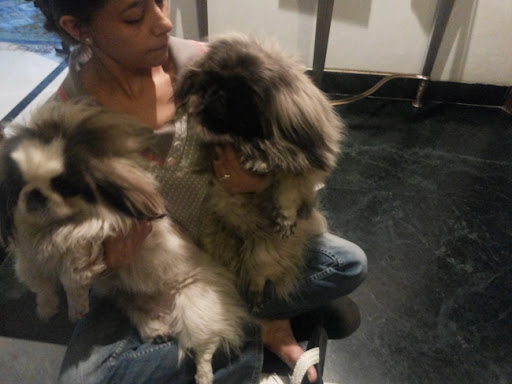 Ever since I saw these cute Japanese Dogs, I felt that the names given to them were a grave injustice. Both these pretty Dogs live together in New Delhi. They belong to my niece who is also responsible for naming them.

Akku is prettier to look at. Gabbar’s face is totally black. Akku’s eyes are charming. But Gabbar’s eyes are visible only when he is angry. In the gone by era in Punjab elders would express a hot tempered person by saying

anger always stays on the tip of his/her nose. But Gabbar’s nose is hardly visible. His anger emerges from his deep rooted negative instinct – jealousy. Gabbar is very jealous of his prettier brother Akku. He cannot tolerate if any attention is given to Akku by anyone much less by my niece.

And yet, both love each other. Throughout the day they like to stay together. There are two maid servants in the house. Both Akku and Gabbar are extremely fond of them. The maids feed the pets as t…
Post a comment
Read more
More posts