Showing posts with the label Reshma
Show All 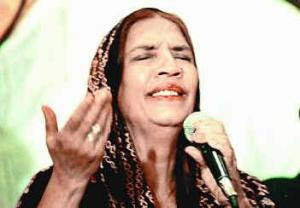 Reshma was born in Bikaner, India in 1947. Later her family shifted to Pakistan. She belonged to a Gypsy  family. They keep on moving from one place to another doing odd jobs and entertaining themselves with folk music and dance.

Reshma was spotted for her talent by Pakistani Television producer when she was 12 years old. He organized her appearance from television and performance from Radio. Instantly she became very popular.

As most Folks singers are, the forte of Reshma lies in her depth of her voice. Unlike others she was very articulate listening to her songs one can really discover the spirituality of the #Sufi singers.
One of her songs was used by RajKapoor "Ankhyon ko rehne de ankhyon ke aas pass” she became so popular in India that she was invited to perform in Mumbai. Her perform one accolades her real popularity in India viewed with the song “Lambi Judai” which the famous filmmaker Subhas Ghai made her sing for his film Hero.